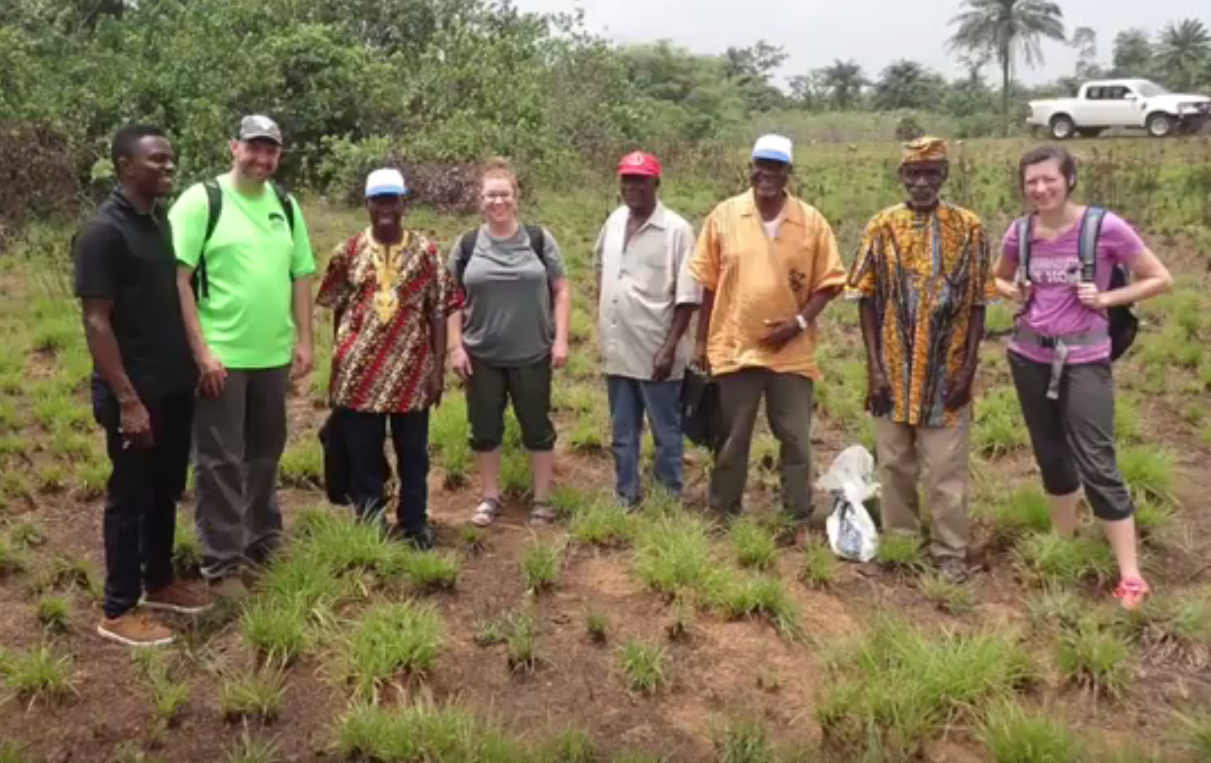 Psalm 82:3 Mission moved to Grand Bassa County to purchase 50 acres, develop a new vision, and serve beyond our understanding. 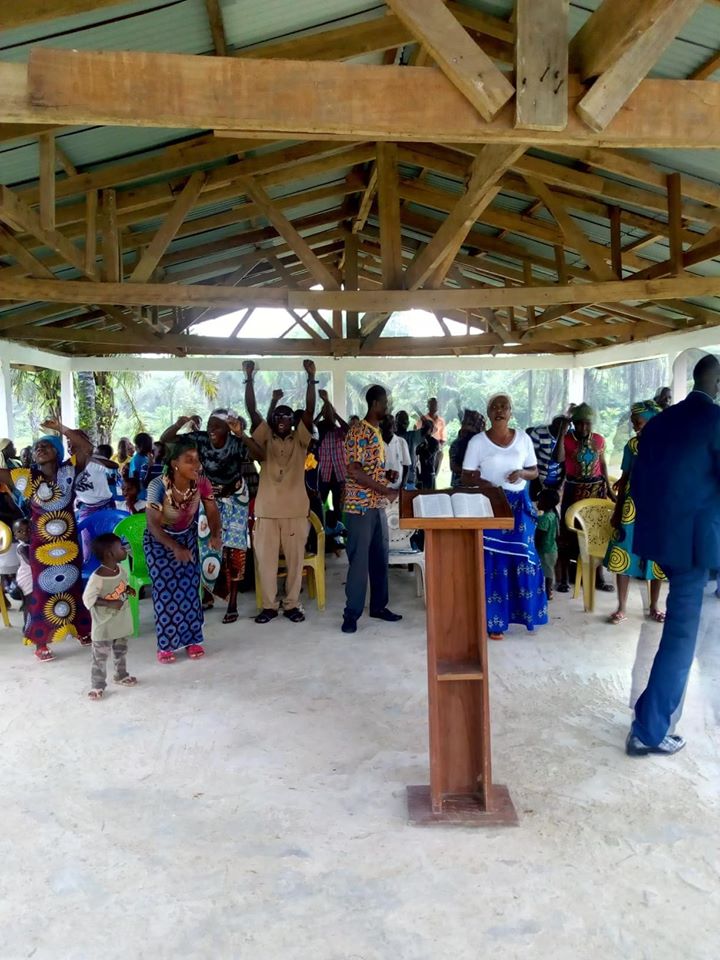 Purchased 50 acres, cleared, 15 acres and built a shelter. Began conducting church services and providing monthly community feedings. 38 souls were saved and many men and women were given meaningful work. 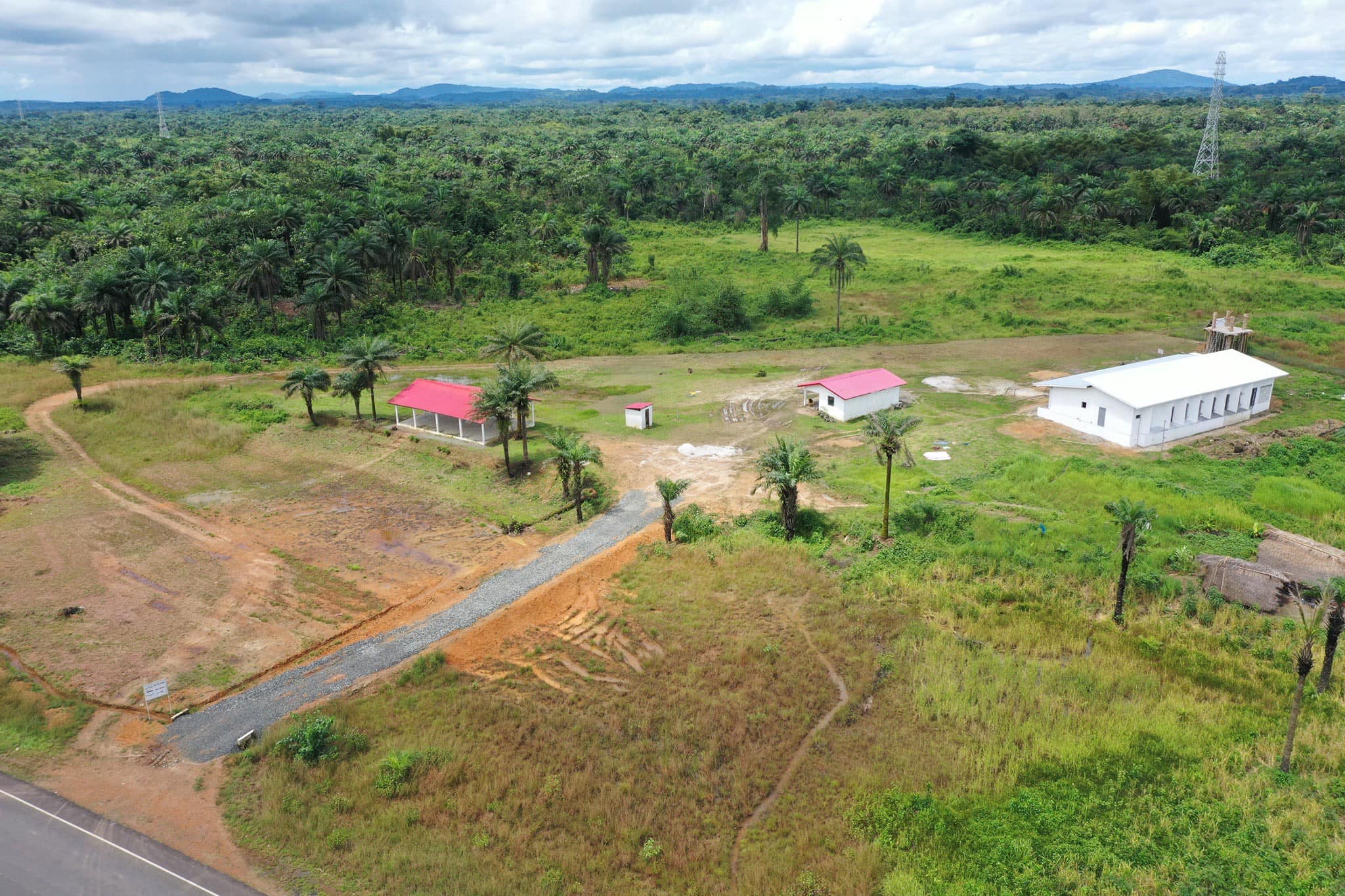 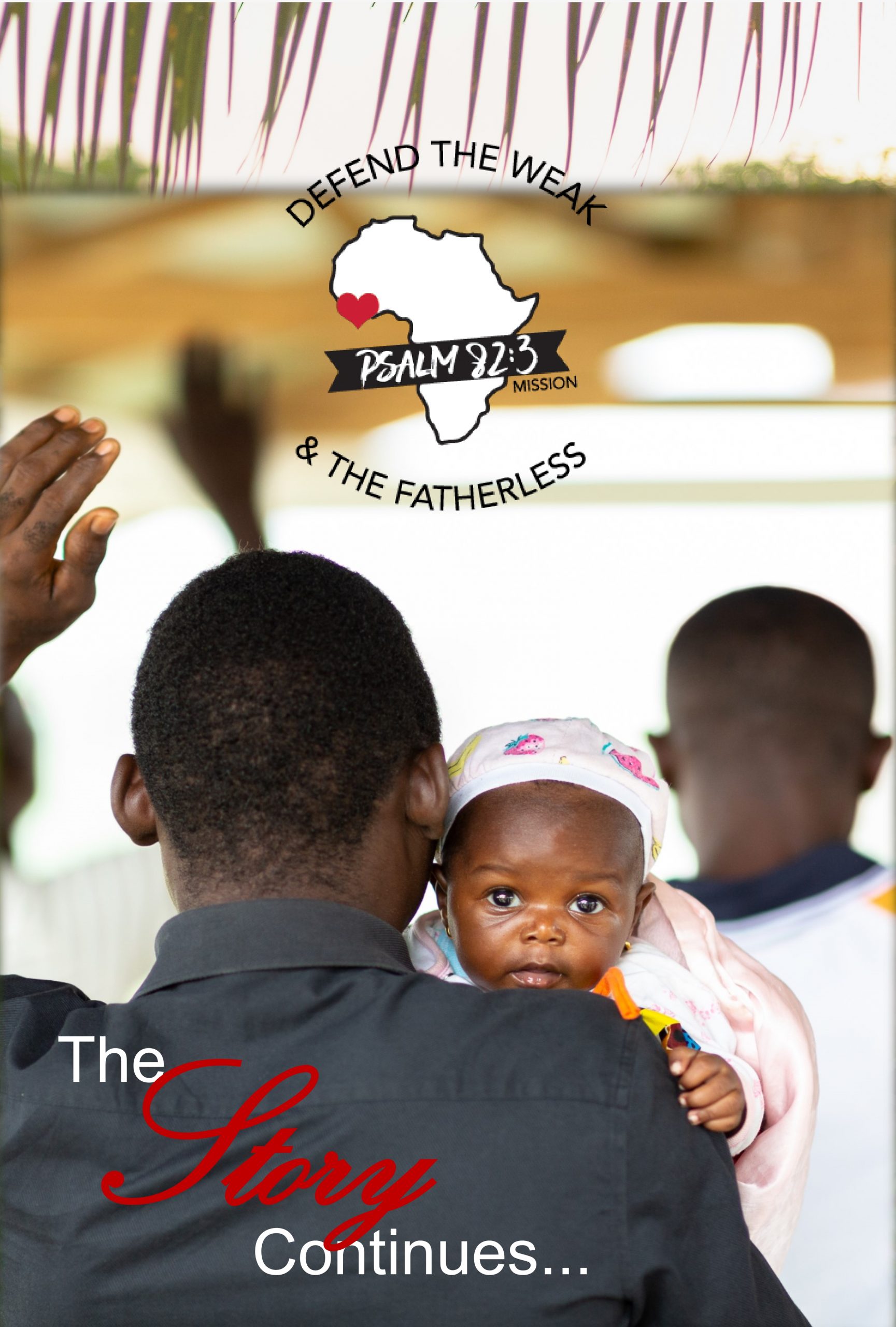 Psalm 82:3 Mission officially began in July 2014 in response to a need for more consistent funding for a smaller orphanage home in Monrovia, Liberia. Since January 2009, a ban had been placed on all Liberian adoptions which led to a broken down home, and very limited resources. Prior to the official beginning of Psalm 82:3 Mission two separate mission teams had traveled to this same orphanage home led by Liberian adoptive father, Matt Lee.  The first team of 15 team members worked closely together with many Liberian laborers to complete nearly 30 projects in less than a week. These projects included a new roof, new septic, complete re-wiring, re-locating the main entrance to the home, a playground structure, and much more. As the team returned and told stories interest grew for another team to travel in 2014. In July 2014, in the midst of the Ebola crisis, another team returned to Liberia to focus on special needs, simpler remodeling tasks, installing safe water systems, and spending many moments connecting personally with the kids and staff at the home. It was after this journey in July 2014 that the team, received an email asking them to take over the funding. Through prayer and discussion several members of the team felt that God was leading in this direction. A Board of Directors was formed from past team members, Keith & Deena Wertz, Marlee Young, Yvonne Byers, Doug Lee, and Jennifer Polnisch. This board began working toward a non-profit status with the IRS, and found their basis in the Bible verse Psalm 82:3.

Defend the weak and the fatherless, uphold the cause of the poor and the oppressed. -Psalm 82:3

Within days, God confirmed this leading with $2000 in financial support from one Sunday School class, and the Psalm 82:3 Mission story began! Over the course of the next 2 years, God opened many hearts to give financially as sponsors and one-time donors. Most of the sponsors maintained a monthly gift which gave the ministry a stable income of $2800. Along the way several churches and businesses also partnered with Psalm 82:3 Mission. Though there was a consistent income, God made it clear to the team that these were His children as each month was a month of faith testing! The operating cost for the orphanage was set at $4600! Humbled by His provision, the basic needs and special funds were always met!

After nearly 2 years of supporting the orphanage, Psalm 82:3 Mission prepared to take a team of people back to the orphanage. This time the focus would be on more therapy for the special needs children, a VBS in the community, and powering the orphanage with solar energy. During the preparation of the trip, the ban on adoptions was lifted allowing adoptions to begin again. The first family in the adoption process had already joined the mission team. On that trip was an incredible moment as Kevin and Amy Crump, were able to be introduced officially to their forever children.  It was an amazing moment witnessing this new union of many prayers answered!

After a 4 month delay this adoption was complete along with several others soon after. At the same time a new partnership was developed in October 2016, with Lifesong for Orphans to handle our administrative and back office needs, and Amy Crump joined the board of Directors.

With adoptions now going again, it became clear that it was time for the financial portion of the ministry to be turned over to its founder. In May 2017, Psalm 82:3 Mission ended its partnership with the orphanage in Monrovia, Liberia. To allow for a smooth transition full funding continued until August 2017, and rent was paid for the remainder of 2017.

While the future wasn’t clear, all financial supporters continued forward ready to see where God was leading next. Within weeks of ending their partnership with the orphanage new connections were made in Buchanan, Liberia (nearly 2 hours away). If the team relocated the possibility to build its own children’s home and maybe a school could become a reality. A small team, that included Elizabeth Cooper, was sent to Liberia to meet with our friend Morris Freeman to learn the needs and look at several options for relocating.

During that trip it became clear that the ministry would relocate to the county of Grand Bassa, Liberia. The needs were great and the opportunities to meet those needs were even greater. New connections were formed with a local pastor and his wife, Eric and Benetta Roberts. A land owner offered the ministry 50 acres on the main highway for the cost of $30,000.  As the team met and discussed their prayers changed. Instead of asking God what He wanted Psalm 82:3 Mission to do, the request was more to understand what God was doing that Psalm 82:3 Mission could be a part of.

Centered in the middle of a dining table was a simple dinner tray, and a clear vison was established. A new dream was born. A safe children’s village and self-sustainable community center would be developed on the 50 acres. The safe children’s village would include a focus on foster care. Inside this village a school, staff and mission homes, administrative offices, and a small medical and therapy clinic would be built. The community center would include a church, an old folks home, community playground, and a detailed plan for agriculture and business development. With this land we would also employ and empower many Christian Liberians to invest into the lives of their children.

With a clear vision for the coming future the team returned home to tell the story and within a month the funds were raised for the 50 acres of land. The land was purchased by another small team in April 2018, and work began almost immediately. Morris Freeman became the first project manager and worked closely with a contractor to clear land and build a shelter house in the center view of the property. The ministry also began a monthly community service initiative of food, clothing, and meeting specific needs in villages and communities.

Again, God made it clear that He alone was the writer of this story. What the team had planned to use the shelter for was much smaller than God had planned. At the request of community members, God used Pastor Eric and Benetta to begin The Shelter Church. To date, more than 50 people from the surrounding communities have surrendered their lives to Christ through baptism in the ocean, and this church has grown to nearly 100 adults.

From that point Psalm 82:3 Mission continued forward quickly. Another team was sent in June 2018 to clear nearly 15 acres of land. In late 2018, funds were raised for a large children’s home to be built that had been designed by architect Josh Lee. By June 2019, 2 more teams had traveled to Liberia, ground was broken for the new foster home, full time staff had been hired for security, new church partnerships developed, and Tim Williams joined the US Board. Our first missionary, Tamme Dillon, was called to spend a year in Liberia starting in September. Partnering with new Melvin P. Konneh they started The Shelter Kids and have helped get nearly 30 children into school. The Shelter Kids Church has grown to nearly 140 kids each week! In October 2019 funds were begun for a mission and staff house, and Pastor Eric handed off the leadership of The Shelter Church to Pastor Samuel Pathon. In November another team traveled to Liberia to observe medical needs, and Morris Freeman decided to step down as Project Manager to focus on the needs of his family.

With staff changes, new growth, the upcoming opening of the first foster home, and more structure needed to “equip the saints for service,” two huge changes took place in January 2020. The first change ended the wonderful partnership with Lifesong for Orphans in order to bring all funding under one umbrella through National Christian Foundation. The second change was for Matt Lee to go into full time support raising and overseeing of the ministry in Liberia and the United States. These two changes allowed the ministry to connect to more churches, new one-time and monthly partners, and be more available to how the Holy Spirit leads forward!

Now it’s your turn! Will you partner with us? Will you share this story with your church or business? Will you allow God to use you and your resources to directly impact the lives of so many? We promise to communicate often with you about the needs and status of the ministry. We promise that if you step out in faith to mix your life with the children of Liberia that you will soon have a story to tell as well. Join us and choose to Defend!