Not the Story Writers 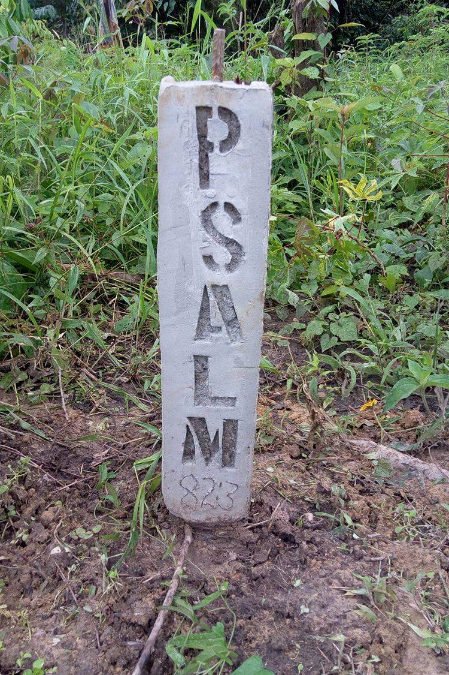 When the vision team returned home we knew we had something to share with everyone we could connect to. We began reaching out to all current sponsors, communicating the vision packet (that was actually created during the return flights using an iphone), and asking people to join us. The biggest focus was on the land. God had opened a door for us to buy 50 acres of flat, tillable ground perfect to fulfill the vision He had given the team. To do this the math became simple… 50 people giving $600 (the actual cost per acre) would pay off the land. Responses began pouring in from lunch meetings, texts, Sunday School visits, and many one-on-one conversations. Doors were opening with churches that we hadn’t really been able to connect to in year’s past. Curiosity and questions began coming from places we didn’t plan on. From a conversation with a man in Georgetown, Kentucky that leads a ministry to distribute mosquito nets to a lady willing to connect with us in order for us to open an orphanage with the option for adoption. It became clear that we weren’t in charge of the story, nor would we be the ones who actually wrote the story. Instead, we were simply part of a story MUCH bigger than we could ever dream or imagine.

The first 2 weeks home were a blur. While we attempted to wrap our minds around this new chapter in our story, most of were battling stomach issues. However, in the midst of this God was making it abundantly clear who was in charge… not us!

We began making plans for our first fundraiser banquet on December 9th and reaching out to anyone that would listen.   $600 gift notifications became a daily norm and Doug Lee started making bold, faith-filled predictions. When we first returned home he believed we would raise the funds for the land before January 1st. At the end of week 1 he felt like the land would be paid for before December 1st. In the middle of week 2 he made a final prediction- 50 acres ($30,000) would be raised before November 1st. Then it happened…God moved in huge, fast ways. A very generous donor told Matt that their foundation was going to join with a $10,000 donation. The following Wednesday another donor made a pledge of $10,000 before the end of the year. To cover for a last minute cancelation, Matt shared at a Senior Adult group, which resulted in $1020 being given. By the time week 3 was closing out we were around $1200 (2 acres) short of the entire 50 acres being paid for! A prayer request was mentioned for this at a small group and one couple covered the remaining 2 acres.

When God moves though… He typically moves past what we set for him. The following Wednesday the team is texting responses like $1800 from one church, another church decides to take up an offering for the next 2 Sundays, and more individual donors are giving.

The bottom line- in 3 weeks the $30,000 had been pledged or given and the first major hurdle had already been jumped.

Did the momentum continue? What’s the focus and goal of the banquet on December 9th?

Choose to Defend and find out next time…